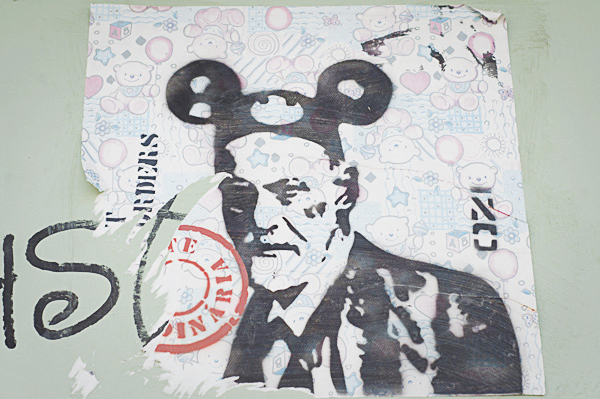 After having seen a lot of pieces of OZI in the streets, we are happy to publish his interview. 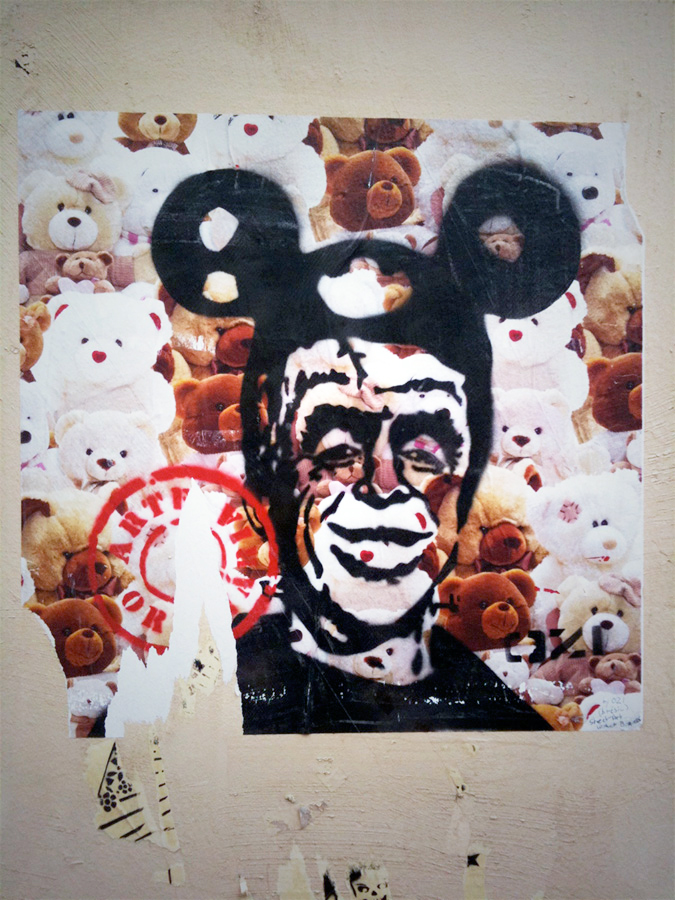 OZI is another artist from São Paulo (Brazil).
With an artist name like « ozi », we first thought that he was from Australia, but finally not, his friends gave him this nickname because of « Ozéas », his real name, which was difficult to write. And the nearest reference was Ozzy Osbourne.

He is working on the streets since 1985, he was one of the pionners, and he began painting with some crazy friends at this time.
He began doing street art using the stencil technique that he had learnt with two friends: Alex Vallauri, the pionner of the brazilian street art, and Mauricio Villaça, an artist who was close to the public art at this time. They taught me the technique and expended my consciousness to art.

OZI was 24 years old when he did his first intervention on a public space and it wasn’t with spray or stencil. It was in 1984 and he made an intervention on a subway pass on one of the most important avenues of the city, and it was a big paste up using some out-door papers.
He is working alone but he’s also part of the collective Casa da Lapa which is a group of artists who all work in different areas and they act producing videos and interventions.

At the same time, OZI is a graphic designer.
He is working with 4 galleries in São Paulo. And Monica Filgueira’s Gallery is the one that represents him. « I think it’s great to show my work and ideas in another spaces, galleries or not. I’m always open for this »

To promote his work, he uses a photo gallery on FlickR, but also Facebook and he has got a page here too: www.wix.com/oziduarte/oz1

OZI also works with other supports which determe the way he works, this is fundamental for him. « I work less on canvas and use lots of paper, plastic, wood, and some fabric that is not used on canvas as well »

I can’t say ‘inspiration’, I understand that my work dislocates something from its place. I work as a kind of editor. I begin with some recognizable reference and change its original context, creating a new reading, using other images, icons or texts. The creation always came from the day by day observation, from the streets, people or places in my city

Do you remember your first street art?
I’m Lucky to have a picture of this place. It doesn’t exist anymore, it was a building on west city, it was in 1985 and I had no problem to paint it

His art is actually size XXL, but he can do it in other sizes, except S!

No idea about the number of pieces he created, but you can find a few in Paris, Roma, Cumbria England, Seoul Coréia, Rio de Janeiro, Melbourne (Australia)…

I’m working on a new series that I call ‘replicated art’. Next week I’ll paint the second mural of this series, and a 12×3 meters wall

He likes all the ways to do street art, but stencil is what he loves to do.

His favorite themes are a mix of pop culture elements. The most used are art, religion, consume, sex and humor.

I don’t work with only one theme, I like to be provocative and to work with something that can be humorous and fun, but can bring a message

I use what is at hand, wall or glass, street, bricks… if it’s outside I can do it

To work, he uses a MAC computer to work on the ideas, then knifes, card, markers and plotter to make the stencils, latex, spray and stencil to paint.
It depends on the idea, but he can take some minutes or some hours to make a piece. He usually takes 3 hours to paint a small mural or a few days if it’s large.

Talking about references, OZI told us about:
The American pop artists are the references that I most identify: Andy Warhol, Roy Lichensten, Claes Oldenburg and Robert Indiana.
Ives Klein is an important reference, within him I’d learn what is the use of color in a work. The german Sigmar Polke still inspires me. Michelangelo, Picasso from the high art. On street art, Alex Vallauri… there are so many references, this is just some of them »

To go in a street to work, OZI brings water, solar block, iPod. « Beers can’t be out. If there isn’t any place around to sell it, someone bring it or will pick up »

His favorite colors are the 5 basics. Cobalt Blue is THE favorite, and after: yellow, red, black and white.

He prefers movies to music with good screenplays, actors and directors. Documentary, Science Fiction and cartoons are his favorite, but he can see some blockbuster trash for fun.
« I’m eclectic for music, I like rock, passing through reggae, ska, jazz, brazilian music, latin, french, arabian or african pop. I like to listen music from different cultures and rhythms »

Do you take a photo in memory of your work?
To document my interventions on photo… Well, at the beginning I did not document it at all, so now I want to register everything! And with the digital image it’s possible to do it! Not only with my work but also with the other graffiti artists who work with me. My daughter has been making some recordings on audio and video for a future documentary

A message for the StreetLove team?
Thanks 100driiine and Steve, I hope success for the project StreetLove, hope it’s life full. Thanx a lot! 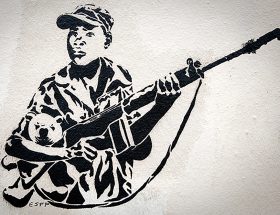 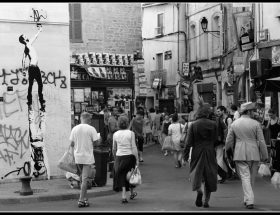