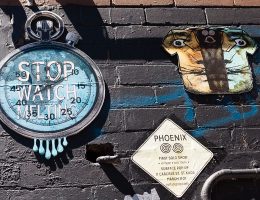 Glad to introduce French people with this artist from Melbourne: Phoenix 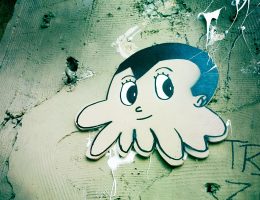 GZUP is a french graffiti artist who is painted and pasted a lot of octopusses on the streets of Paris, higher they are better it is! 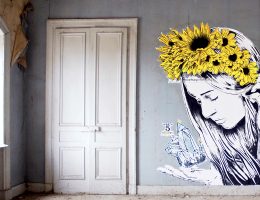 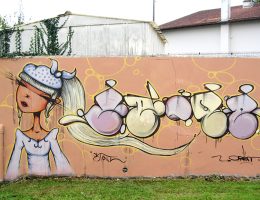 Stoul, another french artist who is highlighting women artwork in the graffiti area 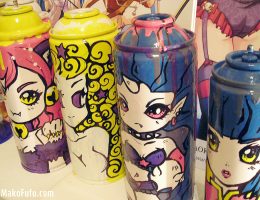 StreetLove is happy to introduce you to the graffiti artist Mako Fufu from Argentina. She began street art in 2003, at 18 years old, when she decided to try stencils. She is very influenced by disney and all manga and animation. 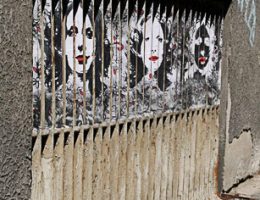 Zebrating Art is a team of two artists who create outdoor illusions painted on the barred-fence located somewhere on the streets, from Mannheim in Germany. Read their interview to better understand their urban art. 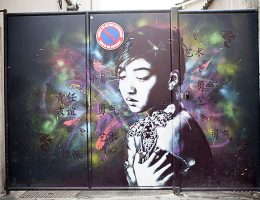 FinDAC is a UK stencil artist based in London, but from Cork. He is painting mostly portraits 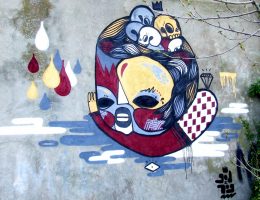 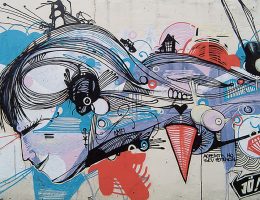 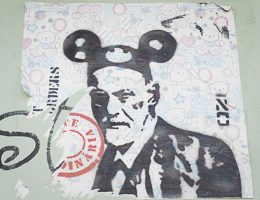