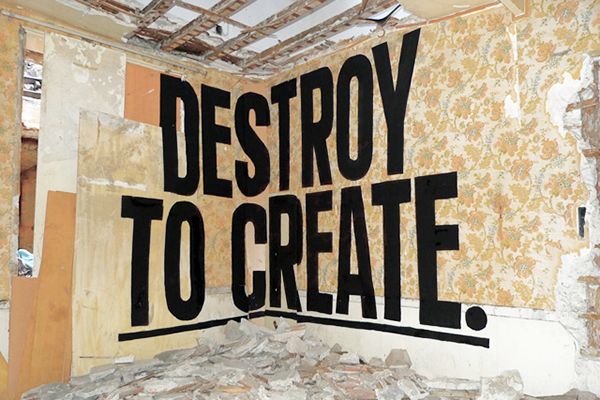 The street artist Sean Hart contacted us for a review of his great artwork on StreetLove. So we are happy to present him here.
We first discovered his work, during an open air exhibition, in a great street art area in Lyon X-Rousse, especially with his Tintin piece. 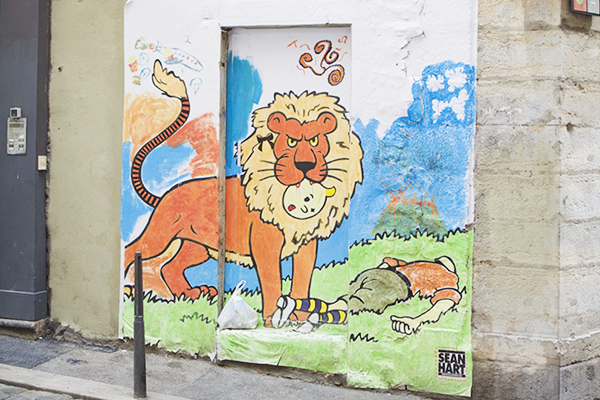 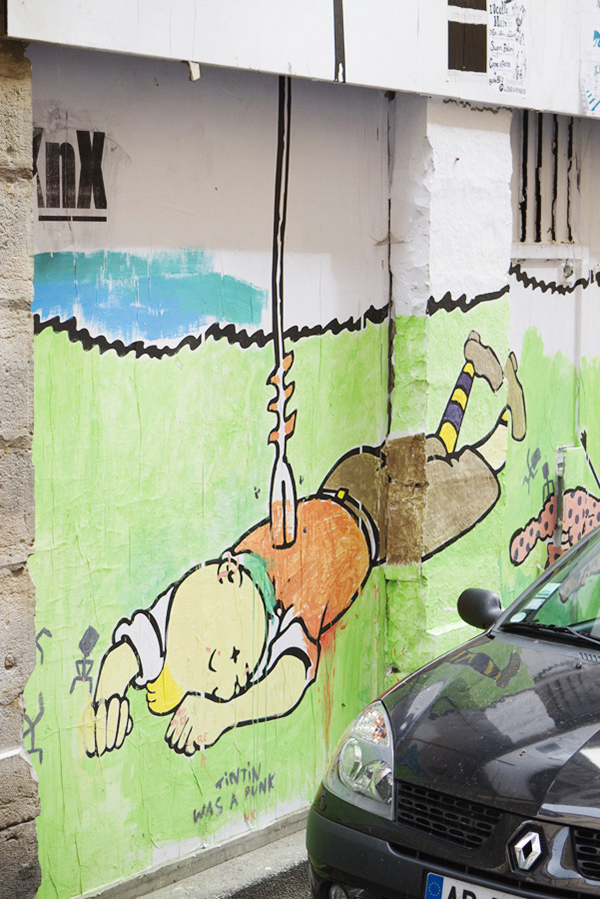 Since these pieces, he did a lot of other series that I invite you to discover below.

French artist, born in the 80’s, he works openly and Sean Hart is his real name.
He started with graffiti, when he was 13 years old.
He’s working alone, but always open to the idea of collaborations.
When is not on the streets, he works with a theater company called LZD – « Lézard dramatique » in French. He is a filmaker and a set designer.

To promote his artwork, he uses his website www.seanhart.org and a Blog: http://seanhart-diary.tumblr.com

He still has a memory of his first graffiti, on F.N posters, with a metallic blue spraycan, and he remembers having written in French:  » Nick les Fachos ». This was during the day, and after that he ran very fast…

How many pieces have you already created?
75 for the series « YES FUTURE » (still in progress)

You can see his artwork in a lot of countries like, Brazil, Belgium, France, Spain, Palestine and South Africa and 30 ish cities.

He is not working with only one kind of tool. He uses what he thinks appropriate according to what he wants to say / to show from photography and video to paint. 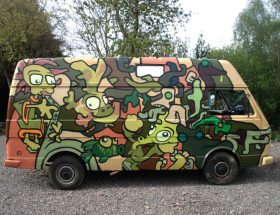 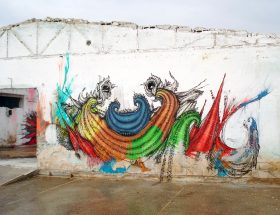 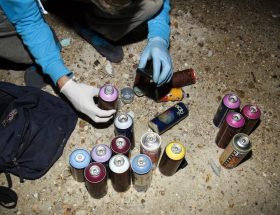