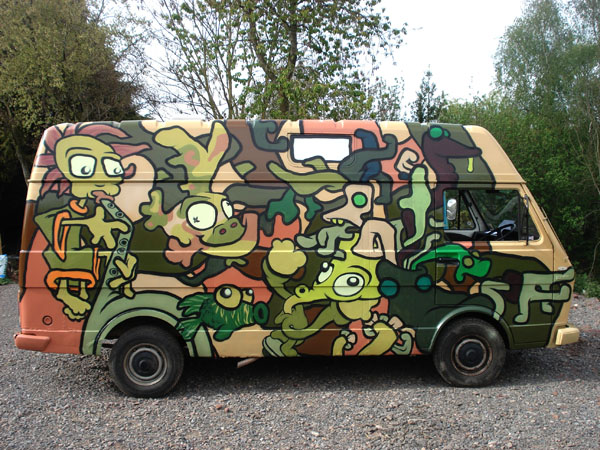 They are basically a loose bunch of mates who like to paint together, or alone, but they like to use the collective doodledubz tag for their work – though they often never sign stuff!

« We used to be operation scrub it and before that pinka punka pixiez – we get bored easily! »

They have all been drawing silly pictures since they were little, One of them first got busted at the age of 3 for painting the playground wall at nursery bright blue with powder paint, but started traditional graff in 1986 after reading subway art and being blown away.

The others aren’t as old so joined in later!

Other activities include boating, looking after kids, building tree houses (and living in them), permaculture, living in the woods, squatting!, pinching mushrooms, partying, fucking the system, traveling, wow the list is endless……….!!

They love ONG Crew from Barcelona even if they don’t know if they still exist – but their freedom and craziness blew them away a few years back!! 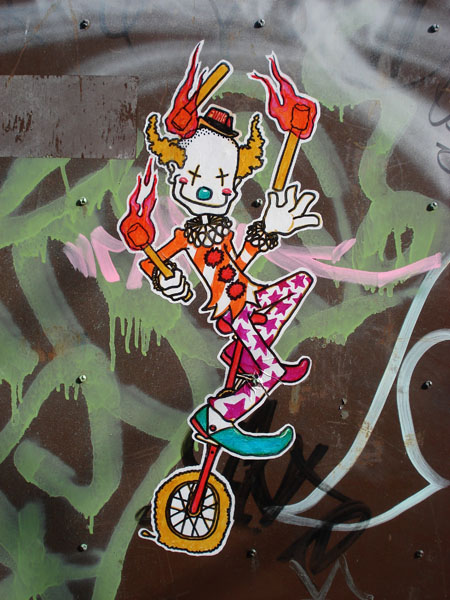 Their inspiration comes from anything free and exiting, and more than just about someones ego!

Graffiti, Street-Art… they just love it all! More the merrier!!!!!
They’ve painted in quite a few european cities.

They all work differently but when they work together they bounce beautifully off each other and help and inspire each other!!

« Most things are one offs I think except stencilling »

« And we looove letters but for us, there is so much to say, and graffiti is such a powerful medium we aint got the time to keep writing the same name over and again. The stuff by Lee Quinones (problem spelt wrong – eek!) was such a inspiration, powerful messages in a hip hop style!!!!! » 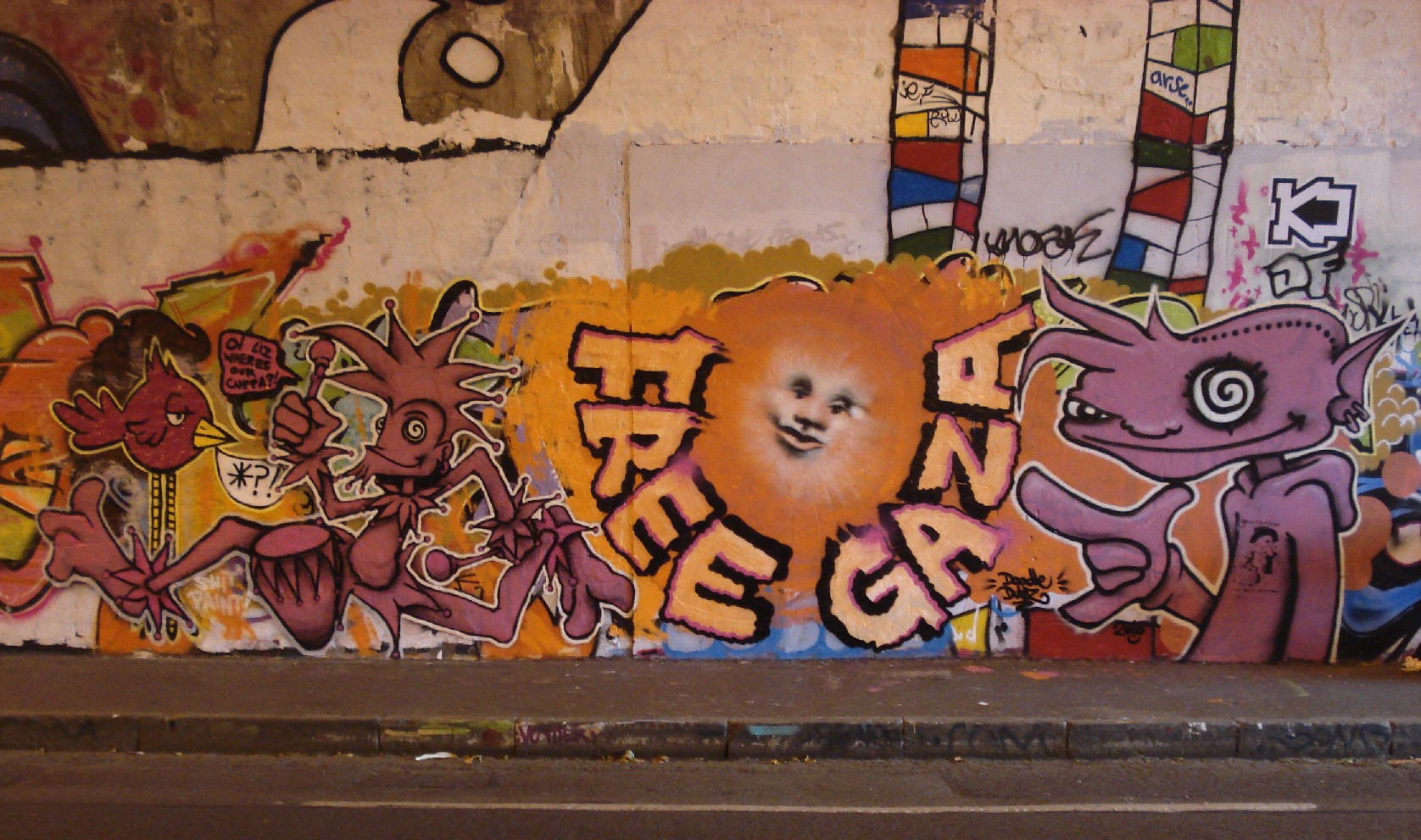 Same with the free south africa in spray can art (they copied that in Granada in Spain as free Palestine (should be a flik on their FlickR Gallery).

« Yeah our face street art theme is positive messages with stupid cartoon characters and photo-real (ahem – well as good as we can!!) portraits »

They love painting their friends vehicles! – then, their art goes all over the place! 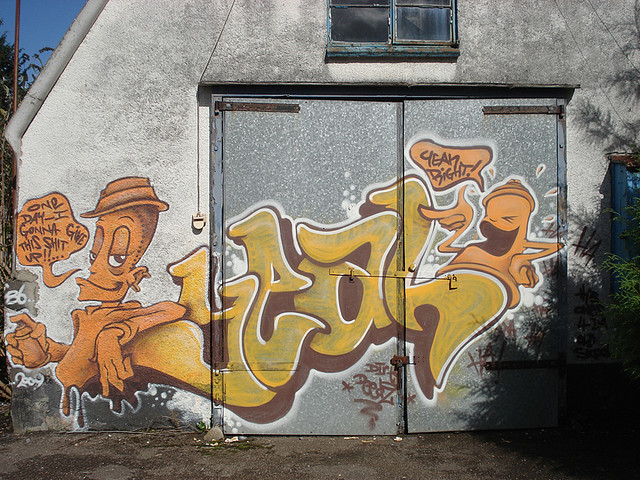 Their fave tools are those mini radiator rollers and emulsion!
A lot of their street stuff is emulsion fill in with just cans for outlines and fades – though a lot of folk don’t notice.
They all have a love hate relationship with spray paint and try to use as much recycled paint as possible!

« But fuck we spray addicts init! Aaaaaaaah! »
They all haven’t done stickers 4 aaages though they use to be sticker freak!

« A good tip is to know what you are gonna paint before you go out! There is nothing like standing in front of a wall and wasting half an hour scratching your head! »

It depends where you’re painting but you know you are getting old when you take a flask of tea with you to go and do some tracksides!

A message for the StreetLove team?
Cheers 4 interviewing us 4 StreetLove!Massive thanx!
Good luck with it all!!
Peace n paint!!
Up the revolution!!
Luv fung – on behalf ov the doodledubz collective
Peace
XX!!

A huge thanks to Doodledubz for this great mural with the dedication to StreetLove 🙂 We adore, we love it!! 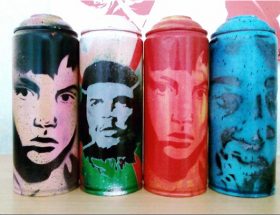 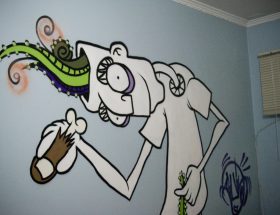 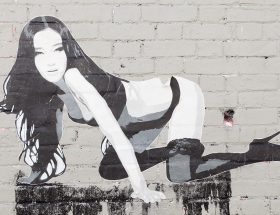