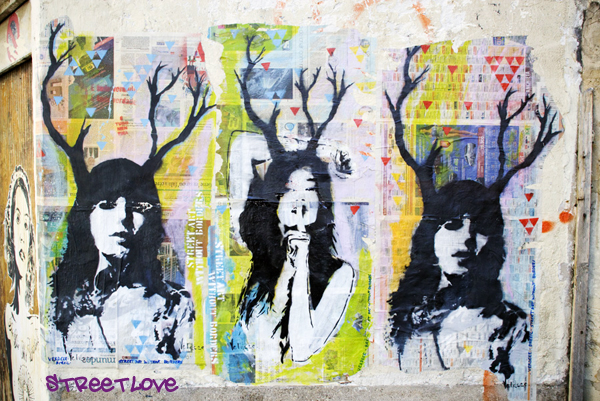 Never leaving home without our cameras, we couldn’t help but find a large number of artworks from foreign artists (English, German, Dutch, Brazilian…), pasted on the walls in Paris by Urbanhearts. Urbanhearts is actually a street art fans who travels a lot for work and take this opportunity to meet artists and propose them to make their pieces travel with too. His name is Eric and he created an original project called « Street Art Without Borders ».

He had the privilege to travel around the world and meet great artists. Thanks to this project, artworks are travelling and artists are becoming known all over the world.

This was also a way for artists to try another technique. The ones used to working on stencils, have made collages which are easier for Urbanhearts to travel with and to paste-up on the walls.

These collages are pasted on the walls in cities Urbanhearts has visited.

So some French artists were pasted in Sao Paulo, Cuba… and artists from Brazil, Germany, England, the USA … were pasted on the walls in Paris.

Around 230 artists have been pasted from 26 countries (America latina, Asia, Europe, the USA, Russia…) joining the project « Street Art Without Borders ».

To easily recognize these pieces, each one is marked by the mention of the project « Street Art Without Borders ».

To find them in Paris, know that Urbanhearts loves pasting in the 1st district (boulevard Sébastopol, Châtelet…), in the 4th district (close to Beaubourg, near the Saint-Merri Church…), in the 19th close to the Rue de l’Ourcq and Rue Crimée…

You can find more photos and discover more artists by visiting the FlickR page of Urbanhearts!

NB : all photos have been taken by StreetLove. 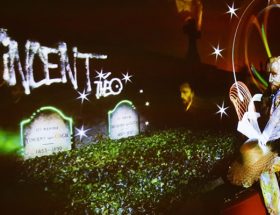 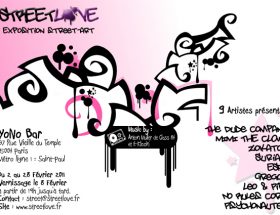 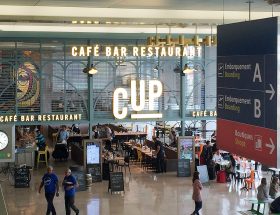