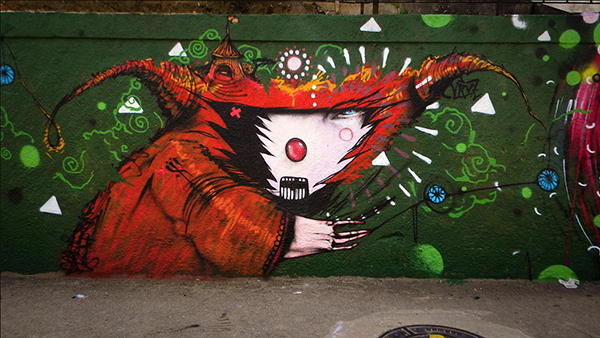 We’re happy to interview Nick Alive aka ‘N’ a graffiti artist from Sao Paulo in Brazil. « Nick is a name that reminds me of the child I was and I’m Alive and the word serves as a mantra to keep the creative process in constant motion »

He started doing graffiti in 1997, with friends, just for fun!

He was around 15 years old when he created his first piece and now he is involved in two crews: TK Crew and VIP Crew.
He remembers the first place where he painted, which was near his house and he had no problems except the lack of technique…

When he is not in the streets, he does paintings and he creates some illustrations.

He already exhibited and the most important one was the « Biennial International Graffiti Fine Art » in 2010 at the Brazilian Museum of Sculpture MUBE.

To promote his artwork, he uses his Blog and a photo gallery on FlickR!

He also works on other supports, basically everything depending on his spirit mood.

He gets inspired by symbols connected to spiritual rituals.
He mostly works on XL format.

How many pieces have you created? « I’ve never stopped to count it »
He painted in some states of his country (Brazil) and in Santiago (Chile).
And ideas never stop to come, but he never knows what he will paint tomorrow…

He needs about 3 hours to paint a wall. « That’s simple, the tip is: Just do what you like with your soul! »

Check out this awesome video, to see the artist in action: « Old and New »

To go « to work« , Nick never leaves without music and provision!
« All colors are my favorite »

He loves historical, dramas and comedy movies, but also documentaries.

3 things that Nick loves in general: ink, ink and ink!
3 things he hates: a lack of ink (of course)

Any event coming up to tell us about?
« I don’t like to talk about the future, because it doesn’t exist for me ; but at the moment, I’m painting a lot… »

A message for the StreetLove team?
« I am grateful for the interview invitation and keep up with this good job showing the new school of street art world« 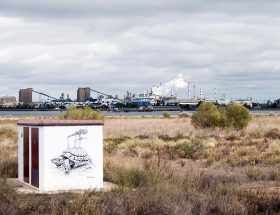 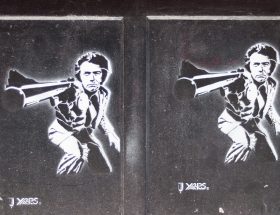 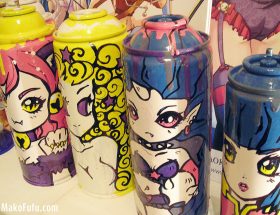