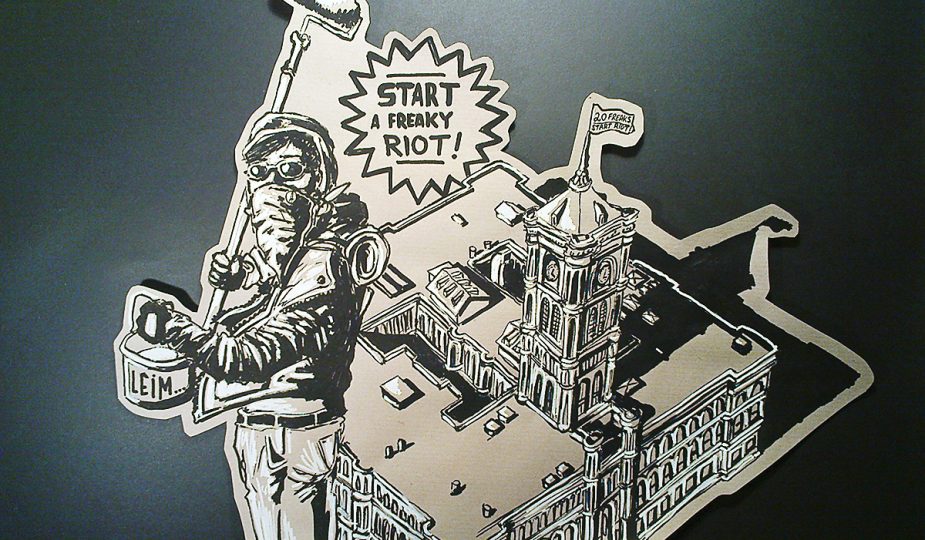 His name is « 20 Freaks » from Germany. For the last 4 years, this has been his StreetArt nickname. At School, some people called him a « freak » because of his ideas and creative works, and the « 20 » was his number in class. And so, a long time after his school education, he started making StreetArt. The first name he imagined, was 20 Freaks.
The number « 20 » was such a big part of his identity, that it must be given a part of his work. And so his name was born.

A good side of his name is the fact that most people think he’s a big bad crew, because of the « 20 », but he is an Artist, who loves to work alone at night.

He can’t imagine working with other people on the street, because he has the feeling, that he is more flexible, when he works on his own.

He started to be the « 20 Freaks » 6 years ago. In the year 2004, he cut his first stencil, and ever since this important experience, he has been a StreetArt junky.

For a long time he did nothing else. He did some training to be a designer. But now, he’s on the street again. He sleeps all day, to work all night. 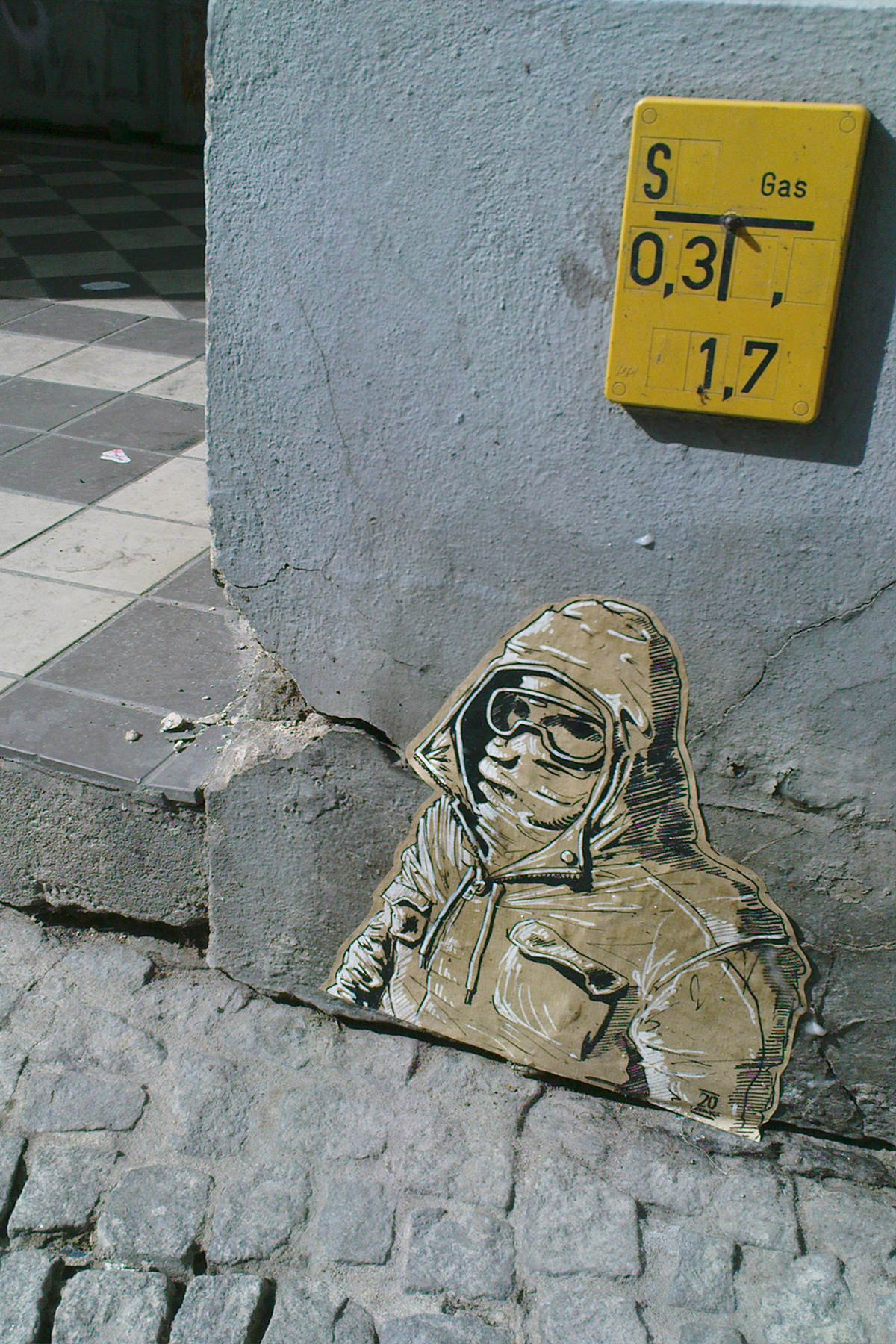 When he’s on the Street, he doesn’t need much time, he’s pretty fast, and he thinks that’s one of the reasons why he has never been busted by the Police.

Some people ask him, what he wants to communicate with his art. At first, it’s a kick for him, and it’s Funny 🙂 but on the other hand, he has been lucky when he see some people, who feel a little bit better, when they see his art on the Street, he thinks that’s the most important reason. 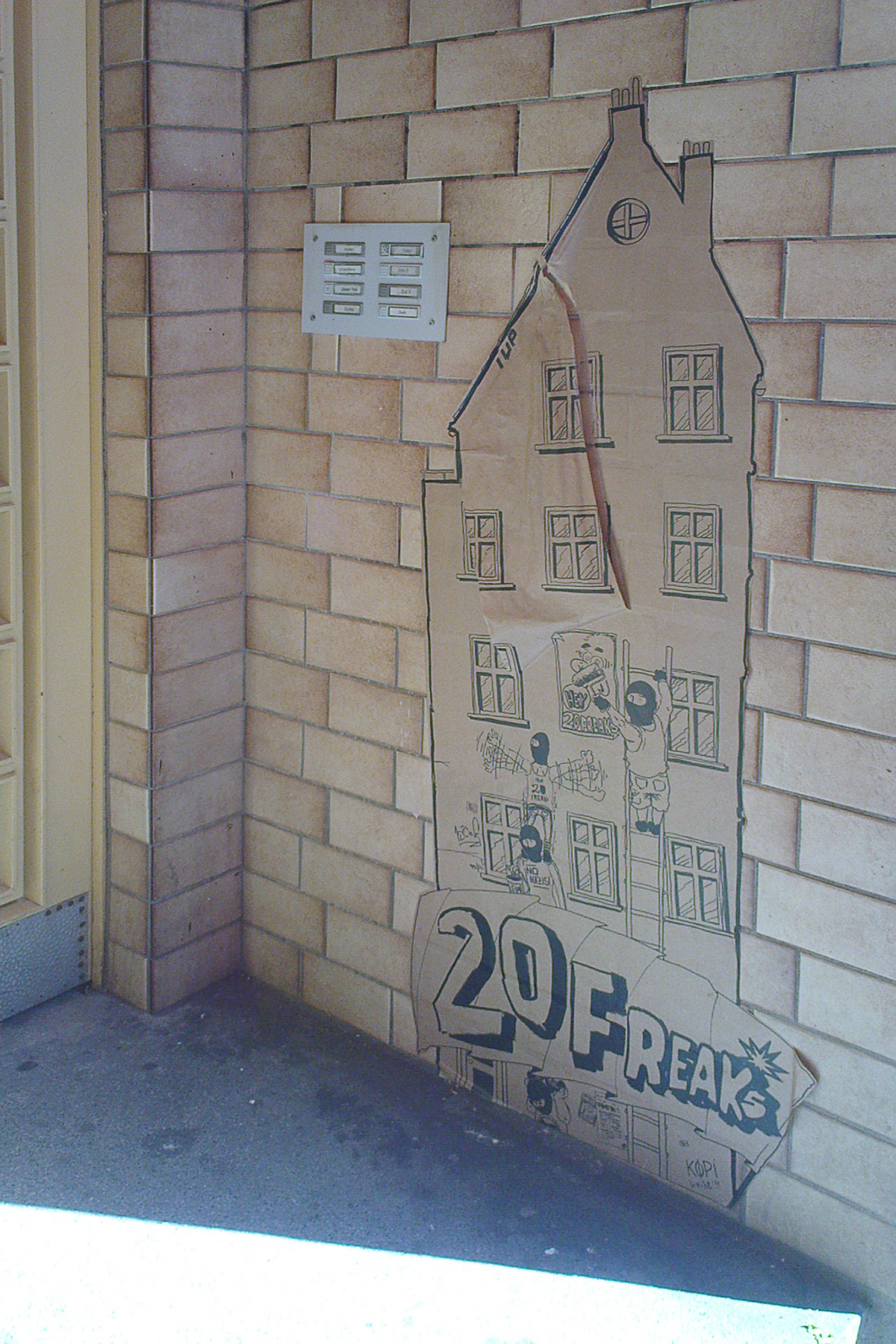 StreetArt is a weapon for him, to fight against all people who want to take the side of the city with their money.

« I think your street culture is one of the things that the urban soul needs to survive. » 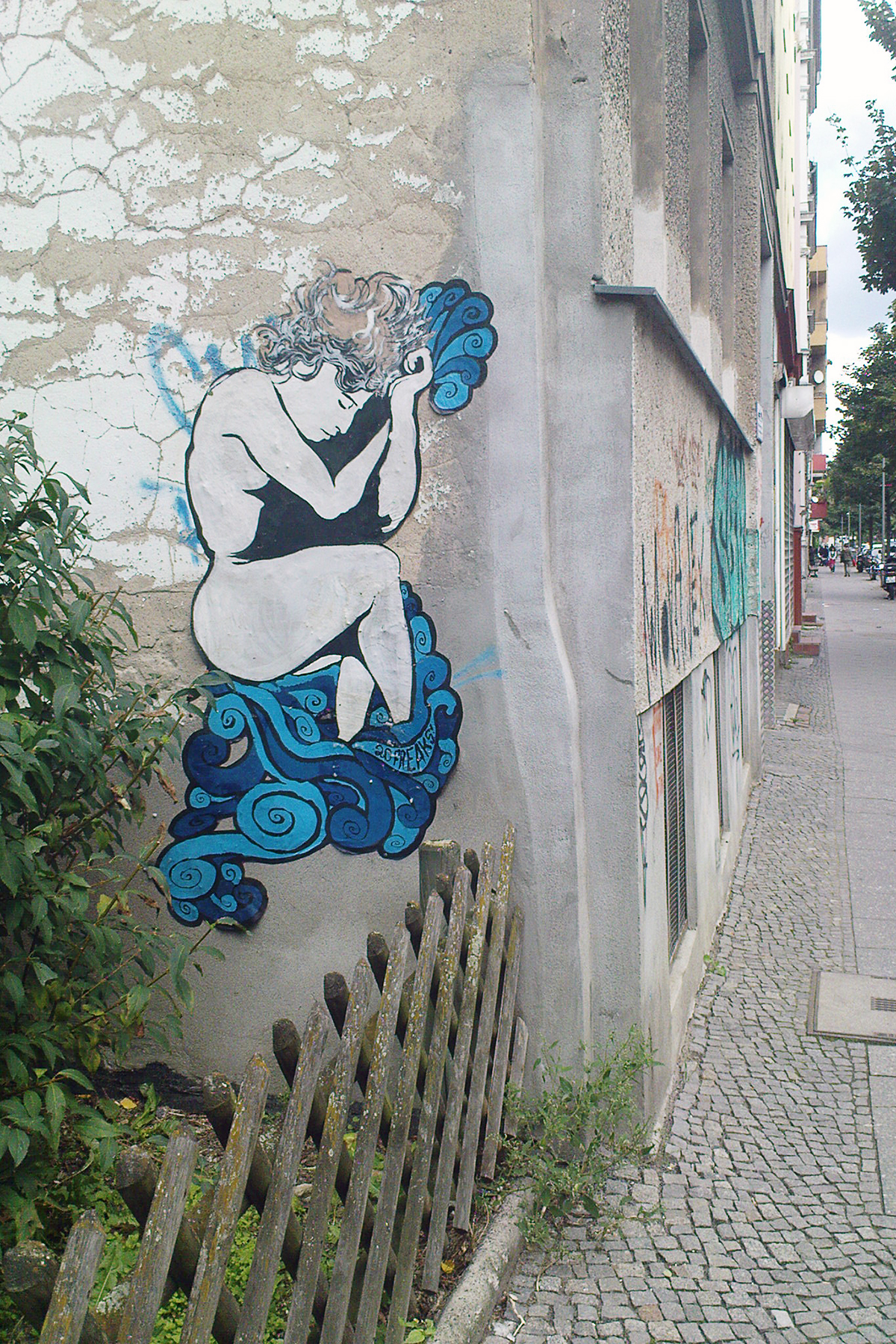 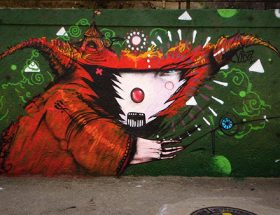 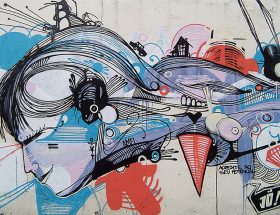