JR is a street photographer with a lot of good ideas. He decided to play with the biggest art gallery he has in the world: the street!

He exhibits in the streets from all over the world, giving the globe his vision, and mostly to people who aren’t visiting museums very often. His artwork is mixing art and action, politics, liberty and limits. He defines himself as a « Artivist« .

After having found a camera in the parisian metro, he explored the european art and started to follow street artists…

In 2006, he made Portrait of a generation, some portraits of young people who come from the suburbs from the Cité des Bosquets in Montfermeil to the Cité Forestière in Clichy-sous-Bois, close to Paris. Then he organized an exhibition in large format in the richest areas of Paris.

In 2008, he went travelling for Women, a project in which he promoted the dignity of women. I remember seeing an extract of the project « Women are heroes » during a night event (Les Nuits Blanches) organized in Paris. I was touched by what I saw… ever since I have looked for more information on the artist, who I very much appreciate.
I also remember the gigantic paste-up that he did on the Tate Modern in London, with a man pointing his riffle at Millenium Bridge! Without forgetting his enormous project along the edge of the Seine: numerous faces pasted on the walls of the river. The eyes of « Women are Heroes ». 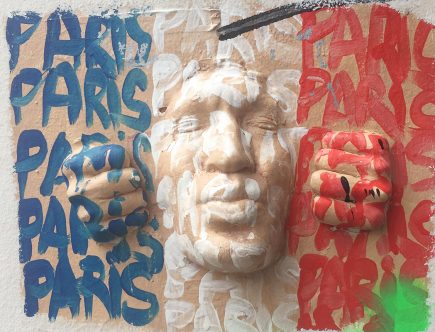 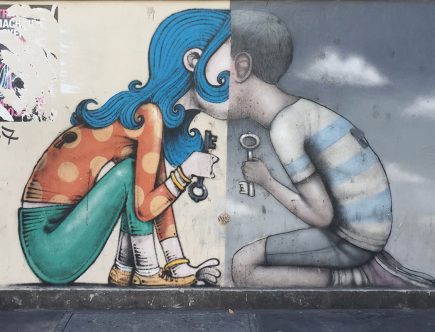 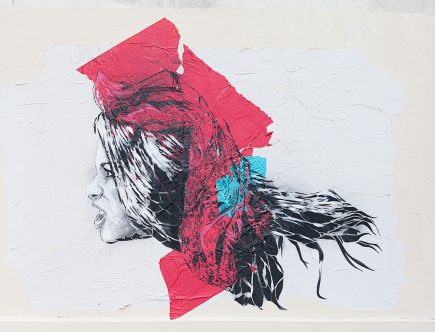