It’s an invasion!
I have been wanting to talk about Invader for a while, but very hard to get in touch with him. Let’s take a deeper look into his work:

« I’m often asked how many people are in my group? The response is: there is no group, I work on my own and I enjoy travelling a lot.”

After a few years of thinking and planning, the « invasion » of the world began…
It is with the pseudonyme Invader, that the artist applies the concept of the video game to an urban reality.
This is how the first Space Invader came to be, in 1996 in Paris…

For Invader, the world is a big playground: Paris, London, New-York, Tokyo, but also Mombasa or Kathmandou… over 70 cities have been invaded!

Invader gives each of his piece a « score » between 10 and 100 points, depending on their size, where they are and their composition.
Every Space Invader is unique! Every one is created with a double, an Alias, a clone which is archived in plexiglas and given an identity card (including the date it was born, the address where you can find it, a photo of the location, a map, the number of points it is worth…).

Best if to download his phone application: Flash Invader to photograph/scan the space invaders you find on the streets to get their point credited to your profile! Pretty addictive 🙂
We are 100driiine & StreetLove.fr, check it out… Who beats us?

Although most known his « Space Invaders », the artist also works with other techniques, including the iconic 80’s: Rubik’s cube !
Given the name « Rubikcubisme », this project uses the famous brain twisting icon to produce works of art.

His love for stickers :

« A sticker can be placed in a second and can stay for years »
The sticker is the faster way to communicate for any street artist.
For Invader, it starts with his personal objects: computer, agenda, mobile or scooter.
Invader is creating between 5 and 10 designs of stickers per year, limited to 1 000 copies each. Once the stock is dry, that’s it! And the sticker become a Collector item.

The story behind the Speed Ball Machine:

« I always thought that round was my worst enemy, but no, we have reconciled »
The Speed Ball Machine is a crazy installation created for an event: Miami Art Basel 2010.
The piece is a sculpture in perpetual motion, and it’s made up of a plexiglas container with coloured rubber balls launched at more than 200 km/h by an automatic system.
The viewer experiences the fear of being hit as the transparency of the glass gives the allusion of being touched. 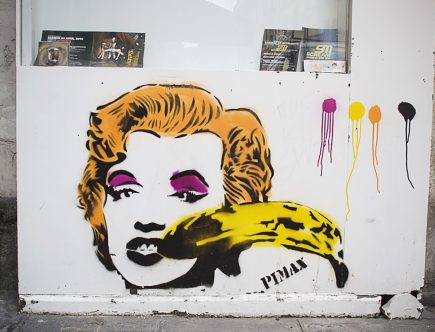 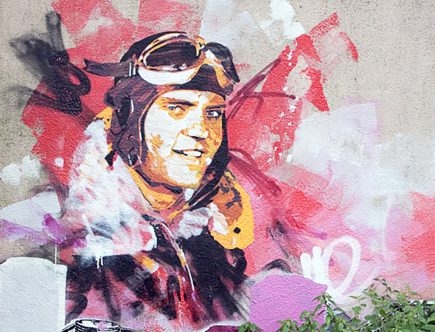 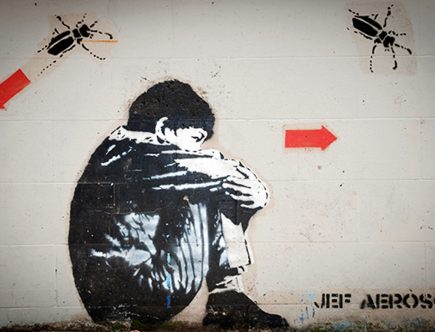