As you previously saw, street art in New-Zealand is massive. Wellington is famous for his music scene, very rock and his art scene too.

In Wellington, in New Zealand, street art is huge! The city is very artistic and it’s nice to walk around. We couldn’t recognize all the artists, but we wanted to share the photos with you.

Life is a Beach ! Let’s go to Bondi in Syndey…
Bondi Beach is one of the largest beach in the city (1 km long). It’s the most famous beach, popular for its good surf spot, but also for people who want swimming, or just lying on the beach looking for a nice tan!

The OUTPOST Project transformed the industrial spaces of Cockatoo Island in Sydney into a huge event of street art.

We arrived in Sydney / Australia on the 28th of December, 2011 and we walked around a few areas to check out some street art and graffiti artwork.
We went to the areas of Surry Hills and Newtown so far and these are a few pictures of what we found on the streets.

The movement of graffiti artists, dubbed ‘Yarn bombers’ have abandoned spray cans in favour of knitting needles and wool.

As you can imagine, we are going to talk a lot about Melbourne and its urban art!
We follow discovering the city on the art side, and we found a lot of murals with heroes of comics painted, which we like very much!

First day in Melbourne, Australia, we decided to fight against the jet lag walking in the city and finding street art around the area of Fitzroy. 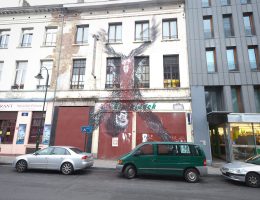 During a couple of week-ends in Brussels, we visited pretty much all artistic areas to familiarize with local artists such as Bonom and Roa. Let’s summarize together 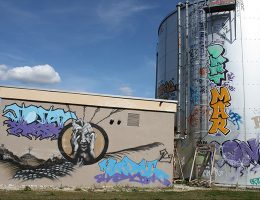