POPAY is a graffiti artist, a painter and a graphic designer who works on a kind of organic art piece. From Barcelona, he bagan to learn about paintings throught the masterpieces of Combas and Picasso. He was also interested in comics, and animation movies. His art’s universe is sturated with colors, full of amazing heads, in a green jungle with the crazyness of a city. He assumes he’s influenced by the Jimi Hendrix’s music, and by the techno music of Spiral Tribe.

The tool he’s using doesn’t matter for him, spraycans, paint brush, paint… Popay just does his art on the cities’ walls, and creates his canvas.

Keen on the numeric industry, the artist improve his art through this great tool.

On the street, POPAY is painted artwork like this one:

Popay was part of the exhibition « Hors les Murs » organised by Cabinet d’Amateur in Paris in 2011.

He decided to work on a book, to show his work, named Agradation, now edited by Orkadre, and on sale from the 20th of February here: www.orkadre.com (but a pre-sale system is also set up before the 20th – Hurry up!).

The book is really great, and original – a nice artwork! You have the artwork of the artist on the right side of the book and on the other side, you have a flip book of a sketch.

Each page is perforated, should you wish to pull one out to stick on your fridge!

The 50th first copies bought through Orkadre website, are going to be signed and numeroted by the artist! Less than 10 available online, hurry up, I told you!

It’s definitely a nice present to offer… to someone or even to yourself!

To celebrate that book launch, the artist imagined an exhibition on the same theme, from the 20th to the 27th of Fébruary 2012(Check out the Agenda).

Find out here the event page on FB with a opening night on the 23rd of Fébruary with a live perf of Fantasio : www.facebook.com/Le-Monte-en-lair

The opening night is gonna be on the 10th of March from 8pm. Let’s book it!

The set up of this company, Orkadre, is from their passion to share around artists and artworks they find very interesting but too often not shown to a large number of people. Or not enough large… so the artwork keep unknow whereas it’s really great!

A book by Orkadre is launched every 2 years – to follow! 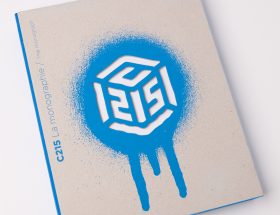 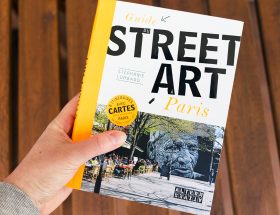 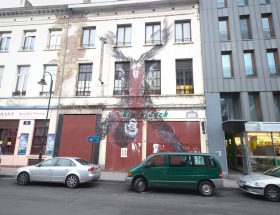